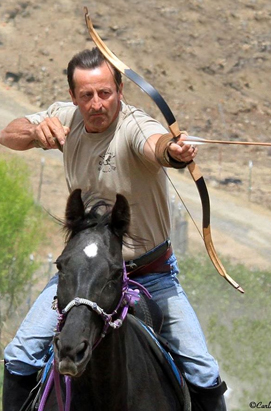 Founder of the Saluki Bow Company in 1997. Known around the world for making some of the most refined and high performing modern interpretations of Asian Style bows, as well as faithful replicas of the ancient Horn Bows. A successful trainer and a competitor in mounted archery. A "World Horseback Archery Federation - WHAF" Certified First Grade Instructor having given clinics in the US and abroad. One of the pioneers of Mounted Archery in North America and Brazil. A lifetime member and also co-founder and former President of the "Mounted Archery Association of the Americas - MA3". Achievements: won Gold, Silver and Bronze awards in several international competitions in many countries among which: South Korea, Turkey, Jordan, Hungary, Malaysia, Poland, and USA, since participating in the 2005 First International Horseback Archery Competition of the WHAF in South Korea. He participated in the Al-Faris II in 2012 and was second in the overall ranking of Al-Faris I, 2011.