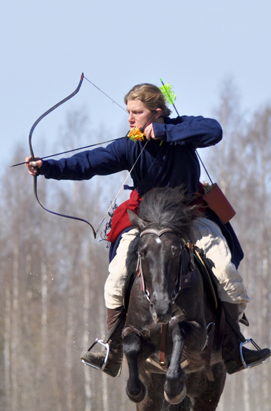 Has been practicing Horseback Archery since 2009 and participated in Al-Faris in 2011 and 2012. He is now one of the few professional horseback archers participating successfully in international competitions all over the world. He was the winner of the Swedish Championship in 2015 and 2016 and Overall Champion of the 11th WHAF World Champion in Sokcho in 2015.